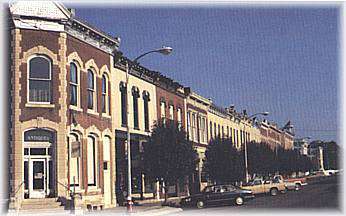 A printed tour guide with a numbered map provides a paragraph description about each building and can be picked up at the Chamber office.

Things to do Tours near Peabody, KS

Emporia, founded in 1857, includes several sites of national and local significance. These tours provide a view of Emporia fr...

Sheep ranch educational tours of a faciltiy for over 7,000 sheep....

28 bronze markers have been placed through-out the city of Abilene indicating historic sites....