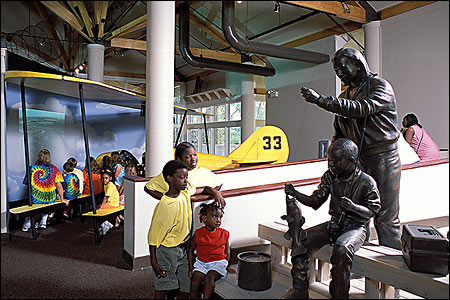 Used as a campground by a number of Arkansas, Texas and Louisiana units between late 1861 and early 1863. Many soldiers died of disease and were buried in this cemetery. Units known to have camped at the site include the 19th, 24th, 28th and 33rd Arkansas Infantry and Hart's Arkansas Battery, Nutt'

Built in 1850, this historic building was originally home of a grist mill; serves as area tourist information cemter with brochures and maps. GROUPS: Free step-on guide for city or mural tours; free coffee

We currently do not have any events for Pine Bluff, Arkansas in our database. If you know of events taking place, please add the event
.

Park offers a variety of pavilions that can be used for birthday parties, reunions, parties ...