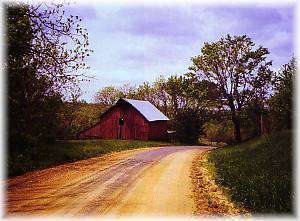 Within the last decade, the tribe has experienced a revitalization. They have improved social, educational, environmental, infrastructure, and cultural leadership programs, due in no small part to the introduction of gaming activities. Through an agreement with Harrah's Entertainment, Inc. the tribe opened a 63,000 square foot gaming facility on reservation land in January, 1998. The new facility created over 1,200 jobs, generating approximately $28 million in tribal wages and revenue.

Harrah's Prairie Band Casino is located west of the junction of U.S. Highway 75 and Road 150 in the southeast quadrant of the reservation. The casino entertainment complex provides Fresh Market Square Buffet, gift shop, Prairie Pub Lounge, and the 100-room hotel in addition to gaming opportunities. Many meeting are coordinated within the facility for regional groups.

Come visit us in Holton, Kansas

Having a crown spread of over 93 feet, this 200-plus year old, Burr Oak tree is one of the largest in Kansas. Searle's Oak was donated to the city of Holton in 1992, at the time being the 11th largest Burr Oak in Kansas. The estimated planting time was between 1792 and 1817.

To Holton calendar of events

Things to do Indian Reservations near Holton, KS

The Kickapoo Nation Reservation is the second largest Indian reservation in the State of Kansas, covering an area of 6,570 ac...