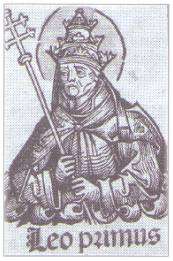 The Quayle Bible Collection includes over 700 volumes and manuscripts dating from hand-lettered and ornately-decorated Bibles by monks, clay tablets from 2060 BC (the time of Abraham), a synagogue roll from the 12th century made of 13 animal skins, outstanding examples of handwritten and early printing manuscripts, including early editions of the major translations of the Bible into English, and other works exhibiting the history of printing and the book arts.

The Quayle Collection was assembled by Bishop and former Baker University President William A. Quayle over his lifetime and given to the University upon his death in 1925.

The Quayle exhibit is graced by the Urishay Room, the drawing room of a fine 17th century English country home with a large stone fireplace, hand-carved oak panels and 17th century furnishings.

Hours: The collection is regularly open from 1:00 to 4:00 in the afternoon, Tuesday through Sunday and by appointment. Tours available.
Address: 518 8th Street
Phone: 785-594-8393
Our Email: quayle@bakeru.edu
Can accommodate groups of up to sixty, smaller groups (18 or less) for presentations
Those wishing tours or slide presentations should plan in advance.

Things to do Collections near Baldwin City, KS