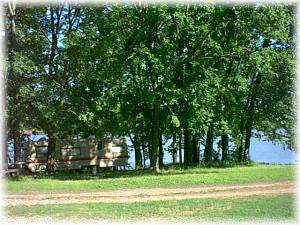 Things to do RV Parks near Fort Gibson, OK