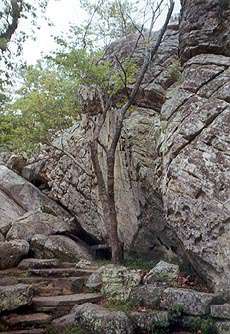 Housed in a natural stone bathhouse built in the 1930s by the Civilian Conservation Corps, the nature center offers living displays of native animals and a schedule of activities. Whether it'