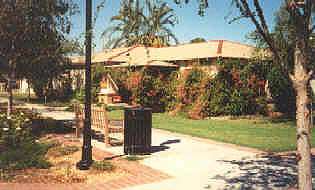 The Southwest Museum of Engineering, Communications and Computation (SMECC) offices are located in the old Coury House in Historic Downtown Glendale in a section known as 'Catlin Court.' The Museum was organized in memory of the late James M. Early, an electrical engineer and inventor best known for his pioneering work with transistors. Early created much of the design theory of bipolar transistors at Bell Laboratories in Murray Hill, N.J., where he worked for Nobel Prizewinner William Shockley.

He joined Bell Laboratories in September 1951. During his eighteen years at Bell, he created much of the design theory of bipolar transistors, discovered the effects of space-charge layer widening ("Early effect"), created the oscillator transistor for the first U.S. satellite, led development of solar cells and transistors for Telstar I, and led the development of sealed junction technology as part of Bell Lab's first major IC work, ending his Bell Labs service as Director of the Electron Device Laboratory at Allentown, Pa. He joined Fairchild in September 1969 as leader of their research and development work. Under his direction and often with his significant personal contributions, Fairchild Research Center created the isoplanar bipolar process and the prototype of the its isoplanar memory products, created the buried channel CCD imagers which have revolutionized low light level electronic imaging, created the prototypes of the 4000C series of 15 volt CMOS, created the 100K series of ECL, and contributed to the creation of FAST. His leadership brought Fairchild the first ion implanter in a merchant semiconductor manufacturing company (1970) and the first commercial electron beam mask-making machine (MEBES 1 - 1977). He became a technical adviser in mid-1983 and retired from Fairchild at the end of 1986.

At the museum see:

We are always looking to buy books, paper, or artifacts related to RADAR and RADAR Countermeasures to add to the museum. Please contact us!


Come visit us in Glendale, Arizona

The Southwest Museum of Engineering, Communications and Computation (SMECC) offices are located in the old Coury House in Historic Downtown Glendale in a section known as 'Catlin Court.'

Featured in "Who's Who In Eccentric America"

The Glendale Police Museum will take you back in time to see what it was like when Glendale was a growing community. You will be able to look at old photographs, read articles ranging from 1910 to 1970, look at police booking slips from 1940 to 1945

The Glendale Civic Center, the largest facility of its kind in the West Valley, can host such events as weddings, reunions, graduations, antique shows, doll shows, and business meetings and conferences holding up to 1,300

To Glendale calendar of events

Things to do Museums near Glendale, AZ

Museum featuring the history of Tempe from the time of prehistoric Hohokam to today. Video, hands-on exhibits, and gift shop....