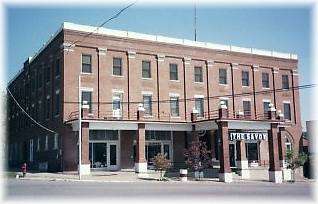 The Savoy Hotel, once the largest hospital for miles around, is undergoing major refurbishing today. Once famous for its mineral baths, plans are to restore them. Flea markets are now held in the lobby of this distinguished building the first Saturday of each month. An antique and craft store is also located inside.