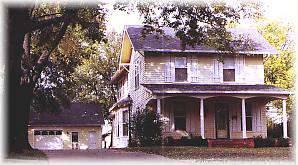 Things to do Historic Homes near Kingfisher, OK

This historic home is the creative product of A.J. and Carolyn Rexroat. They patiently and meticulously gathered original woo...