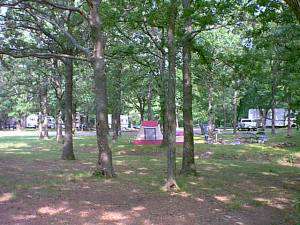 Campers and picnickers will find 21 park areas managed by the Corps of Engineers, and two parks managed by the State of Oklahoma. The parks have campsites, picnic areas, drinking water, restrooms, & boat launching ramps. Some campsites have electricity, showers, RV hook-ups, and dump stations. <

When "game fever" is in the air, hunters will find such species as whitetail deer, bobwhite quail, mourning dove, duck, geese, cottontail rabbit and squirrel. Nearly 21,800 acres of project land is licensed to the Oklahoma Department of Wildlife Conservation, of which 17,300

Things to do State Parks near , OK

Extremely popular for its wealth of recreational activities and its abundant fishing opportunities, 46,300 acre Grand Lake is...