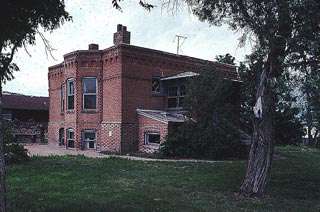 Severin Sorensen, a Danish immigrant, headed the firm of S. Sorensen and Sons, operators of the Gering Brick Company and general building contractors. The Gering brick factory prospered for nearly thirty years and provided building material for the construction of numerous residential and commercial structures in the North Platte valley.

The Severin Sorensen House demonstrates the Sorensens' approach to residential comfort and style, which was expressed through the family craft of brickmaking. Listed on the National Register of Historic Places, the original house was built by the Sorensen family about 1910 as a basement house with the first story added about 1914-16.

Things to do Historic Homes near Gering, NE