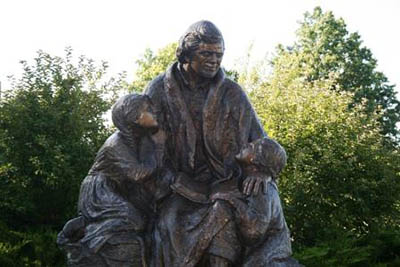 The area now comprising Shawnee, Kansas is rich with history and examples of characteristic American Midwestern life. From its brief stint as county seat of Johnson County (under the name "Gum Springs"), Shawnee evolved into an agricultural service town of importance second only to Olathe in the late 19th century. In fact, by the 1920s, Shawnee's truck farmers had helped the town gain a reputation as one of the leading fruit and vegetable producers for the entire region. Successful farming helped Shawnee's farmers weather the Great Depression more successfully than those in many other parts of the country.

During the 1950's, the population began to grow as people began moving away from congested urban areas to the smaller outlying towns. People quickly discovered the merits of the city and the population has continued to grow ever since, more than tripling in the last three decades. The current population of Shawnee is more than 65,000 residents. Shawnee emerged in the last half of the 20th century as a comfortable multi-faceted growth suburb that has continued to provide good places to live and wonderful organizations to stimulate community life and involvement.

Shawnee is named for the Shawnee Indians that were relocated here in the late 1820's. One of the state's earliest towns, Shawnee was also the site of the first territorial legislature, and home to the first territorial governor. Located at the intersection of early military and territorial roads leading to the Santa Fe Trail, Shawnee also became the first county seat of Johnson County.

In 1862, Shawnee found itself in the middle of Civil War border struggles. The town was virtually destroyed, when it was burned and looted by southern guerillas led by William Quantrill just months before his infamous raid on Lawrence. After the county offices moved to Olathe in 1866, Shawnee began its growth as a small farm market center to a regional agricultural leader.

Sky Zone Trampoline Park has all the fun you want for birthday parties, group events, activities, programs and more! Sky Zone is the world'

The Theatre in the Park is the largest outdoor community theatre in the country with Broadway style musicals and a variety of special events. The outdoor amphitheatre is tucked into 10 beautiful acres in Shawnee Mission Park with its own entrance. Located just north of I-435 Highway and 87

Wonderscope Children's Museum is committed to sparking a life-long love of learning in children through the power of play. Wonderscope provides fun, inter-disciplinary arts and sciences exhibits and programs for children 10

Shawnee Town 1929 is a living history museum that tells the story of life in a small farm town that was Shawnee in the 1920s. From March through October visitors can stroll through buildings and grounds featuring a farmstead, barber shop, typewriter repair shop, grocery store and funeral home &

To Shawnee calendar of events

Things to do near Shawnee, KS