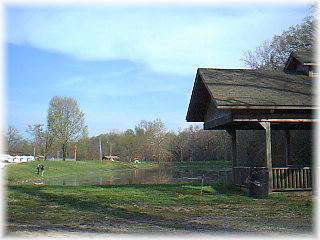 Since the 1890s the City Park has been a center for summer band concerts and gala affairs. An island in the lake held a platform for band concerts in the 1890s. Musicians were ferried to the island by boat for the evening concert. Citizens brought rugs or blankets to sit upon the grass and listen, or even promenade around the park as musical numbers were played.

Today a city pool has been added to the park as well as playground equipment for the children. Picnicking and fishing are still favorite summertime activities around the lake.

Things to do Recreation near Pierce City, MO

The Conversation Department regulates this land of nearly 5000 acres to maintain and protect riparian habitat along Spring...