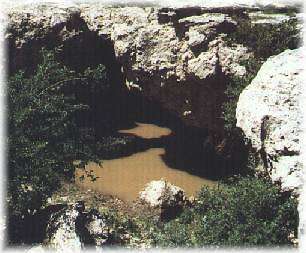 On the afternoon of September 27, 1878 Dull Knife, Little Wolf, Wild Hog and the members of the Northern Cheyenne band came to the protecting shelter of the valley of Punished Woman's Fork. Although exhausted from their flight before the US Army, they began at once to fortify their position and set up an ambush. In the battle that followed, commanding officer, Lt. Col. William H. Lewis was mortally wounded. He became the last Army officer killed in a military action in the State of Kansas.

This area was made a county park in 1958. The conditions have changed since the battle. The creek no longer flows as it did in 1878. What was then native grasses is now corn and alfalfa. But you still sense the historical drama that took place here and appreciate the rugged living conditions that were forced onto the occupants of these narrow canyons only a century ago.

Things to do Battlesites near Scott City, KS

The Battle of Coon Creek

Indian attacks along the Santa Fe trail were frequent from the 1820's to the 1870's. Near here, where the trail followed the...