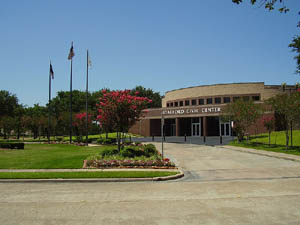 Even though Stafford, Texas, is known as a bedroom community of the greater Houston area, it is estimated that four times as many people work in Stafford on any given week day than actually live there, which is evidence of the large amount of commercial activity that helps the city of 20,000 financially.

The 7-square-mile city has gained national attention for its fiscal management and gratefully boasts Stafford as "The city with no property taxes!" The city has cultivated what many believe to be one of the strongest economies per capita in the state. With over two thousand businesses and 50,000 employees, the business community generates the resources for the city to function in the manner it does. Stafford's success comes from a mix of retail, commercial, manufacturing, wholesale, and service industries that bring in sales and franchise tax revenues. The once-agricultural community now has three major business parks, an upscale shopping center and 20 hotels and motels. Its largest employer is Texas Instruments with an estimated 1,500 employees.

The elegant Stafford Centre, opened in 2004, is located on 43 acres in downtown Stafford, Texas. This state-of-the-art facility is 90,000 square feet and boasts an exquisite 1,100-seat performing arts theatre; a 25,000 square-foot meeting, banquet and exposition space, including a 20,000

To Stafford calendar of events

Things to do near Stafford, TX