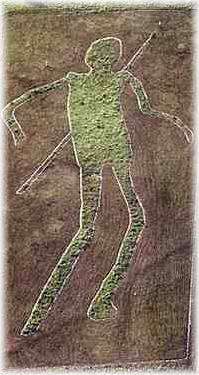 For over 20 years the artist Stan Herd has worked the earth using indigenous materials to produce evocative and mystical works. From 160 acre plowed portraits to one quarter acre intimate stone designs, his work has become a platform for discussion of mankind's contemporary relationship to the land.

Address: Six miles due east of Strother Field on Cowley 1.
Our Website:www.stanherd.com/

Along the sandy beaches of the Arkansas River, Chaplin Nature Center combines 200

Cowley County State Lake, covering 85 acres, is mainly for fishing, but has campsites and picnic areas also. Along with many of the lakes in the area, it features channel catfish, a variety of bass, crappie, bluegill, sun perch and other species.

Things to do Arts near Arkansas City, KS

The Brown Center on the Cowley College campus houses the Earle Wright Gallery. The campus itself is worth visiting just to se...

There's some interesting stonework in the buildings in the park just south of downtown. ...