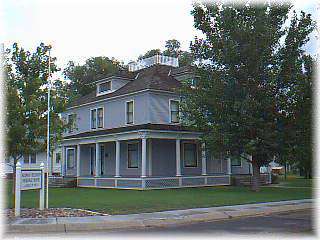 Home as it was in a more genteel times this 1911 house has been restored to its original condition, complete with period furniture. Also featured is a display of the desk, chair, and flags from the Washington, D.C. office of Congresswoman, Virginia Smith - one of Nebraska's longest-serving Representatives.

Things to do Museums near Chappell, NE