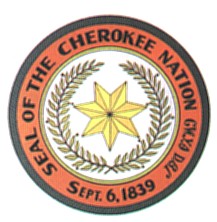 The 5.4 mile trail, located near Sallisaw and the Robert S. Kerr Dam and Recreation Area, presents a challenge to hikers with...