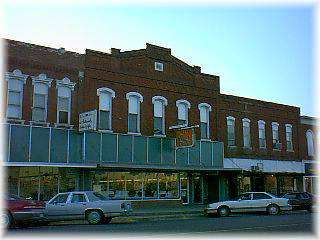 The facade of the building, with an ascending parapet, dominates its two-story neighbors. Retail businesses have occupied the lower level which is open to the public during business hours. The opera house level is not accessible to visitors.