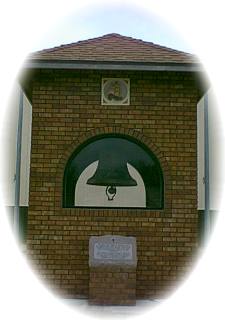 Tekamah was the first settlement in Burt County which is one of the oldest counties in the state of Nebraska, consequently there is an abundance of history in this northeastern community opened for settlement along the Missouri River.

Nine men, looking for a place to start a settlement, left the river-town of Omaha in October 1854. They traveled northerly until they found a location which they felt had all the natural resources a settlement needed to survive: good water, an ample supply of trees for wood, rich fertile soil, and abundant wild life.

When the decision had been reached to make the location a settlement, a problem arose in naming it. It was agreed that each of the exploration parties should write their favorite name on a slip of paper and drop it into a hat. The first name drawn out would then become the official name of the community. The first name drawn was "Tekamah." Although an accurate account of the meaning of this name is not available, an Indian translation defines Tekamah as meaning "big cottonwoods," and this is appropriate due to the large cottonwood trees that grew along the banks of Tekamah creek and were scattered over the territory. Folsom Park, features a native rock monument marking the spot of a settlers' camp on October 6, 1854.

Tekamah boasts of six historic sites. Five sites are on the National Register of Historic Places. Most recently named to the register is the Tekamah City Bridge. The bridge joins the Burt County Courthouse; the John Henry Stork Log House, the E. C. Houston House, and the Spielman House.

A full range of recreational activities are available in and around the Tekamah area. Youth clubs have been established for the following activities: arts, baseball, basketball, golf, roller hockey, soccer, swim team, softball, and wrestling. Adults can participate in sand and court volleyball, softball, golf, fishing, hunting, rodeo, and trap & clay target shooting.

A centennial celebration was held in 1954. The citizens of Tekamah have watched the town grow from a tiny outpost on theMissouri River into the city of today with a population of 1,900.

The Spielman House, listed on the National Register of Historic Places, has been owned by Delmar and Elaine Chamberlain since 1981 and exhibits both Queen Anne and NeoClassical Revival detailing in its design. Built in 1906, the house boasts 14

Things to do near Tekamah, NE

The Rolling Hills Country Club and Golf Course offers a public nine hole golf course with a clubhouse that was remodeled in 1...

Lewis & Clark is a prime area for bird watchers, especially for bald eagles. For birders in the area, a checklist of birds is...