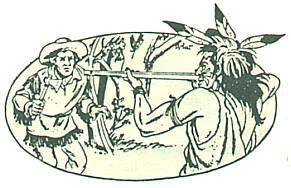 The survey party was unprepared for the attack and the men were mowed down like grass before a scythe. P.S. Ashley and his crew of six men were careless that day, August , 1867, leaving their rifles in camp before setting to work surveying the route of the Union Pacific Railway, Eastern Division. Although only ten miles east of Fort Hays, they were none the less isolated and alone when thirty Cheyenne warriors, attempting to stop the construction of the iron rails through their homeland, struck. In a matter of minutes it was over.

Fort Hays had only recently been established and one of its main functions was to ensure that the Union Pacific, the first railroad to be constructed across the state of Kansas, was completed to Denver. At the time, the post was garrisoned by black soldiers of the Thirty-eighth Infantry and Tenth Cavalry, known as the "buffalo soldiers." Captain Henry Corbin, Thirty-eighth Infantry, was in command when William Gould, the only survivor of the attack, was brought in to Fort Hays (he later died). Corbin immediately ordered Captain George Armes, Company F, Tenth Cavalry, in pursuit.

Armes and his command followed the trail for a short distance before deciding to call for reinforcements. But after four hours Armes was anxious to continue the chase and struck out again thirty minutes before his reinforcements, a detail of mounted Thirty-eighth Infantry soldiers, arrived. The mounted infantry followed Arme's trail for only a short time when the lieutenant in command began to experience symptoms of cholera, which was nearing epidemic proportions at Fort Hays at the time, and they returned to Fort Hays.

Another detail of twenty-five men equipped with a twelve pound mountain howitzer was quickly organized and put under the command of Sergeant Pittman of Company C, Thirty-eighth Infantry Sergeant Pittman's detachment followed the trail up the North Fork of Big Creek northeast of Fort Hays where they encountered a small band of fifty Cheyennes. Acting quickly, they loaded and fired three shells from the howitzer which succeeded in scattering the Indians but doing little damage. Finding no further sign of Captain Armes, Sergeant Pittman and his detachment returned to Fort Hays.

Armes, meanwhile, had followed the trail up the Saline River. About twenty five miles northwest of Fort Hays, they were surrounded and attacked by nearly four hundred Cheyenne warriors. Armes quickly ordered his men to dismount and fight on foot, forming a "hollow square" around the cavalry horses. This was an effective, compact defensive maneuver which was a standard tactic for cavalry troops of the era. Realizing his predicament, Armes ordered his men to "walk" the defensive square toward Fort Hays. The battle raged for eight hours until the soldiers where about ten miles north of Fort Hays when the Indians broke off the attack.

During the thirty hours the troops had been gone, they had marched 113 miles without rations of forage, fifteen of those miles while under attack. Although two-thousand rounds of ammunition had been fired during the battle, casualties were surprisingly light - only six Indians and one soldier died. Captain Armes remarked that " it is the greatest wonder in the world that my command escaped being massacred." But more credit for their deliverance should go to the professionalism, devotion to duty, and coolness under fire of the buffalo soldiers from Fort Hays who fought the Battle of the Saline River.

Donna and Marion Schmidt have operated their working horse farm for over 10 years and enjoy visiting with groups about this special breed of horses. Not to be confused with Shetland ponies, miniature horses are much like regular horses, except they are only 26-33"

The famous and infamous walked the streets of Old Hays City during the 1860's to 1880's including Wild Bill Hickok, Buffalo Bill Cody and General George Armstrong Custer. Twenty five bronze plaques mark the route and explain the historical significance of each site. Begin the tour near 13

Things to do Battlesites near Hays, KS