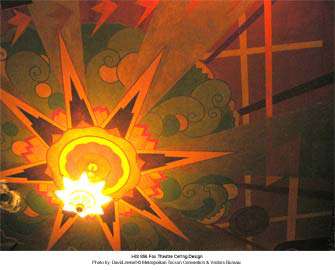 The Fox Tucson Theatre, Tucson's only movie palace, saw its heyday between 1930 and 1945. For 44 years the theatre showed films primarily, but also offered occasional live entertainment until it closed in 1974. The Fox Tucson Theatre is one of a dwindling number of historic theatres still in existence in the United States and is the finest example of Southwestern art deco in Arizona. In light of this exceptional status, is has been designated as a Nationally significant building on the National Register of Historic Places.

After sitting vacant for over 30 years, the Fox was purchased by the non-profit Fox Tucson Theatre Foundation in Spring 2000 for the citizens of Tucson and Pima County. Following a 6-year, $13 million rehabilitation and restoration, the Fox reopened on December 31st, 2005.

Experience the beauty of one of the most unique Southwestern desert canyons on a Sabino Canyon tram ride. Sabino Canyon is a natural desert oasis located in Tucson's Coronado National Forest and is home to spectacular desert landscapes and abundant wildlife.

Tohono Chul Park is the Southwest's center where nature, art, and culture connect in 49

Things to do Historic Theatres near Tucson, AZ