The Imagination Movers Live from the Idea Warehouse Concert Tour 2009 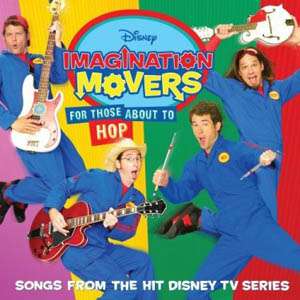 With an Emmy Award-winning Disney Channel series and a newly released Walt Disney Records album under their belt, the wildly popular kid-pop quartet Imagination Movers will launch their first-ever U.S. concert theater tour. The 39-date "Live From The Idea Warehouse Tour" kicks off October 10 in Shreveport, Louisiana and wraps up December 13 in Spokane, Washington. Details on the tour can be found at www.imaginationmoverstour.com. Tickets for all dates are on sale now.

The Imagination Movers Live from the Idea Warehouse Concert Tour 2009

North Central Ohio's Premier Paintball Park. A Christian-based safe and fun-filled paintball field with a variety of four courses. From our target range to the largest X-Ball field in the State, the park is one of the most unique in the industry.

Welcome to Carousel Magic! Step back in time as you watch skilled crafsmen use time honored techniques of carving, finishing and painting to transform hardwood blocks into prancing ponies and magical menagerie figures.

An award winning, fine dining restaurant featuring Angus steaks and fresh seafood.  The menu includes over 85 entr?es and is accompanied by a 100 label wine list.

Things to do near Mansfield, OH