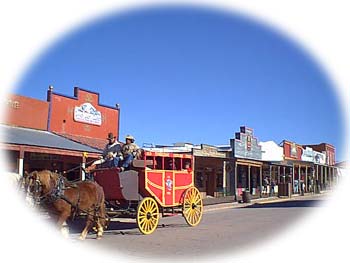 Tombstone's final resting place for the good, bad and evil of the 1880

To Tombstone calendar of events

Ajo's Curley School was built in 1919 and can be seen from the Plaza. The structure is of Spanish style architecture which h...