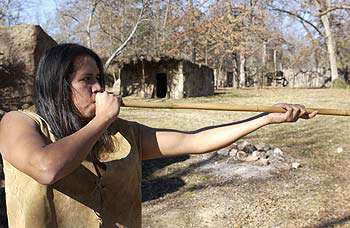 During the summer months, guided tours are given through the Village where visitors hear narratives about Cherokee history and customs, and witness villagers going about their daily routine. These tasks include preparation of food, making arrowheads and weapons, weaving baskets, playing stickball, working with clay, pottery and beads.

The inhabitants play equally important roles in carrying out the authenticity of the Village.

Things to do Museums near Tahlequah, OK