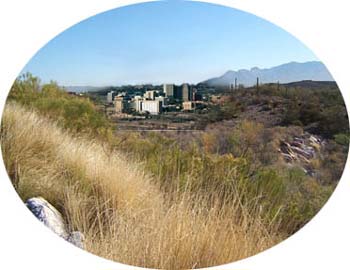 The Flandrau Science Center & Planetarium is a dazzling multimedia theater and a truly unique educational experience, with 8,600 stars, galaxies, the Sun, the Moon, the planets, meteors, 30 projectors, two video systems and a sound system that is out of this world!

For decades, the Paton's have opened their yard to visitors who wish to see the variety of birds found along Sonoita Creek. M...