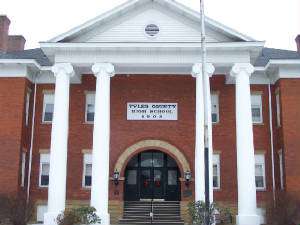 The Tyler County Heritage and Historical Society has dedicated itself to saving a local landmark. This was the first county high school system in West Virginia. The building was 100 years old in August, 2008.

To Middlebourne calendar of events

Things to do Museums near Middlebourne, WV

An exhibit of children's records, record players, and related items. Music, stories, and other things that have been made int...

An exhibit of military themed toys, along with memorabilia and artifacts. Combat has long been a mainstay of toys and a recur...

An exhibit of the teddy bears of the Bealer Collection of bears and dolls, which were donated to the museum by the estate of ...

This exhibit looks at both railroad related toys and actual memorabilia, which will help showcase America’s right railroading...