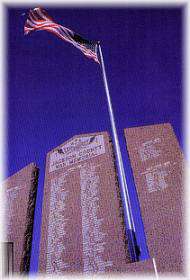 Located in Kiwanis Park, adjacent to the Museum of the Western Prairie, the Jackson County War Memorial commemorates victims of WWI, WWII, Korea and Vietnam.

We currently do not have any events for Altus, Oklahoma in our database. If you know of events taking place, please add the event
.

Things to do Memorials near Altus, OK