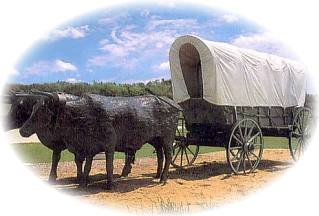 The Pottawatomie County Courthouse located in Westmoreland is constructed of native limestone. It was built in 1884, and is the second oldest courthouse in the state.