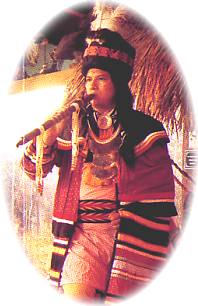 Here is a community rich in history, diverse in population, unlimited in educational and recreational opportunities, and easily accessible to other places of interest in the state.

Enjoy an experience that will live in your memory by visiting Wewoka, which means "Barking Waters" in the Seminole language. Take a trip back in time to the Indian Territory days where in 1866 three cultures came together in the untried lands of Central Oklahoma to build a city like no other.

With the signing of the Treaty of 1866, the federal government commissioned Elijah Brown to bring the Northern Seminoles back to their new nation and set up a new capital city. He chose as the sight for the new capital, the present city of Wewoka. Seventeen years earlier, a Freedman leader, Gopher John, had made a temporary settlement on the north bank of the Wewoka Creek. They had given the name Wewoka, "Barking Water," to the settlement because of the noise made by the small falls located just east of the settlement.

In 1866, a trading post was built, and in 1867, the first Post Office was commissioned with Elijah Brown named as the Post-master.

Things to do near Wewoka, OK

First black bank in America, originally built in 1906 and rebuilt in the 1920s. Pretty Boy Floyd's gang once tried a robbery,...