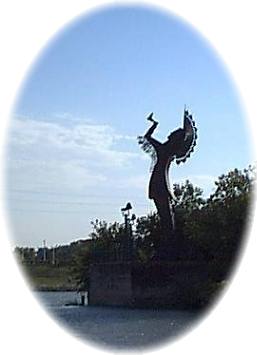 Located in the heart of Old Town on Old Town Plaza, CityArts is a center for artistic creation and appreciation. See the best of local and regional art in one of Wichita's largest exhibition galleries. At CityArts you can develop your own creativity as well!

The Aley Mansion was built in 1887 by William Henry Sternberg and is notable for its high-style Queen Anne Architecture. The home's prior occupants and history is well documented as are the works of W.H. Sternberg who not only built the Aley Mansion but built buildings across the country (

A newly completed interpertive trail about 1/2 mile in length, called the Spring Creek Nature Trail, is a trail that t...

Kingman State Lake is located 25 miles west of Cheney. It is a 144 acre lake with boat ramps, ...