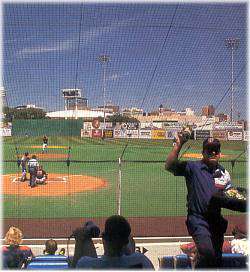 The Mid-America All-Indian Center preserves the heritage of the American Indian tribes of North America and is located at the confluence of the Big and Little Arkansas Rivers, on land where the Wichita tribe camped more than 100 years ago.

The Wichita Western Heritage Tour is unique in that it includes not only the traditional element of the "wild west,"

The Kansas Aviation Museum is housed in the aerodrome historical district of the original Wichita Municipal Airport, in the "Air Capital of the World,"