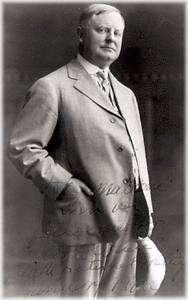 He advised presidents and governors, conferred with statesmen, talked with the great and the near great of the political world.

In his writings he alternately counselled, warned, scolded amused and praised the country in general; Kansas and the Republican Party in particular.

Of himself he once wrote, in an article about a friend:

"As for me, I believe he has always regarded me as slightly mad - something between Falstaff and Don Quixote, with a bit ofvitriolic venom and a jigger of Billy Sunday in the secret formula of my heart's blood."

- in part by the Emporia Gazette, "William Allen White"

Where Fall Begins! Walters' Pumpkin Patch has hours of entertainment for families of all ages. Our new O'

Things to do Monuments near El Dorado, KS