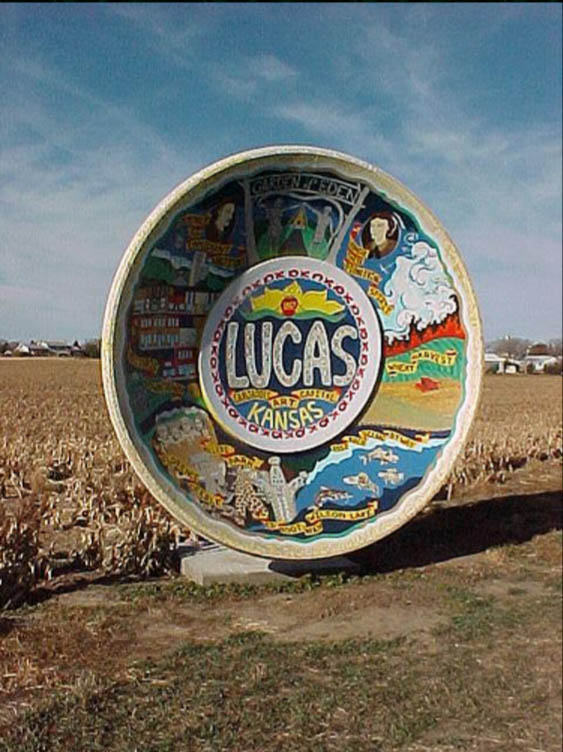 The Worlds Largest Souvenir Travel Plate is a 14' satellite dish painted with the history of Lucas and the Lucas area.

Honoring the multiple Outsider Art environments that have flourished in Lucas since the early 1900s, the World's Largest Souvenir Travel Plates depict those environments alongside a visual history of the town.

The dish itself is 14' in diameter, formed from a large fiberglass satellite dish with another, smaller dish mounted inside as the center medallion. Lots of local help went into realizing the project, with the City of Lucas crew providing labor, cement, and engineering expertise and the local telephone company providing one of their decommissioned communications dishes. Funded by a grant from the National Endowment for the Arts, the large travel plate was painted during September, October, and a little bit of November 2006 on-site, alongside state highway K-18.

A guide to the depictions on the plate can be studied at http://www.worldslargestthings.com/kansas/travelplateinfo.htm