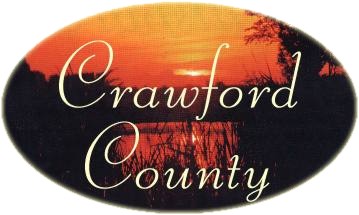 From coal mines to railroads, socialism to labor union, and prohibition to bootlegging, the history of Crawford County, Kansas is as colorful as the people who call it home. Often known as "The Little Balkans," Crawford County welcomed 31,000 immigrants from 52 different nationalities between 1880 and 1940.

"The Europeans particularly brought to the coal field a rich 'cultural baggage' of different languages, religions, cuisines, backgrounds and lifestyles. Because of the diversity, ethnicity, and civil disorderliness, the coal field became known as the "Little Balkans' of the state," William E. Powell, "The Little Balkans of Kansas: A Geographical View."

From the time the first settlers came in the 1850's until prohibition ended, Crawford County was, for the most part, a sea of turmoil. Its history, like much of the West, is the story of pioneers, Indians,and railroads. However, what has set our county apart from most is the story behind the rich abundance of "black rocks," as termed by Native Americans.

Strip mining also became abundant as massive steam shovels took gigantic bites out of the earth, uncovering seams of coal with a smaller work force. The "strip pits" seen throughout the area are continuing evidence of the days of strip mining. Fortunately, nature has now covered the ugly scars with vegetation and the water in many of the pits has been stocked for ideal fishing.

You may be curious as to why there are so many little communities throughout Crawford County. The miners lived close by the mines they worked, thus creating small camps all over the county. Imagine that at its peak, the county consisted of as many as 2,000 camps! The camps were made up of the miners' homes where they and their families lived. Most camps had one school and one church. Some of the larger camps may have also had a theater, bank, electric lights and "paved" streets. A lot of the miners were paid in script, so they had to buy from the company stores. (Prices were usually higher, too.)

Today, a house or two may be all that stands of a camp. Cato, the earliest town in the county and is an example of a town that faded as fast as it flourished. Many of the town buildings are still standing today, but have been vacant for years.

On April 15, 1995, a formal ceremony dedicated a Huey Helicopter to its new home on the Southeast corner of the Crawford County Courthouse lawn. In addition to the Huey, a granite replica of the Vietnam Wall is engraved with the names of the 777