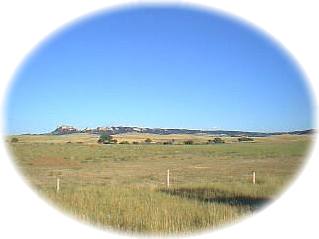 Sioux County, lying in the extreme northwestern corner of Nebraska, contains over 2,000 square miles, twice the size of the state of Rhode Island. The topography is characteristic of the High Plains region with rolling prairie tablelands and deeply dissected escarpments and buttes. Major watersheds of northern Sioux County include Hat Creek and the White River. The Niobrara River flows through the central portion of the county.


Harrison is the county seat and the only incorporated village in Sioux County and the highest elevation of any Nebraska town at 4,876 feet as it rests on a grassy plain atop the Pine Ridge. A few miles north of town, Sowbelly, Monroe, and Hat Creek Canyon offer deeply wooded trails and cool, clear streams.

Fort Robinson is located 23 miles east of Harrison on U.S. 20. The University of Nebraska Trailside Museum and the Nebraska State Historical Society Museum provide many fascinating exhibits depicting the area's prehistoric past to life at the frontier Army post.

Fort Laramie to Fort Robinson Trail - After the 1868

On the summit of a conical hill on the Oglala National Grassland is a monument honoring Col. Wesley Merritt and troops of the Fifth US Calvary who used this position to prevent a group of approximately 800