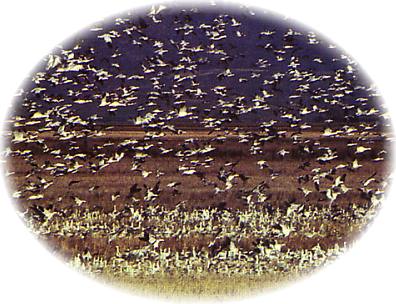 Phillips County is the "Goose Capitol of Kansas." The Kirwin National Wildlife Refuge, an 11,000 acre wildlife paradise, is located just a 20 minute drive from Phillipsburg. Recreational opportunities abound for the outdoor enthusiast, such as fishing, hunting, hiking, wildlife photography, nature observation & bird watching. Also, camping and picnic facilities are available. In addition to the Kirwin facility, four other large lakes are within 30 minutes of Phillipsburg.

TOWNS IN PHILLIPS COUNTY - WHAT THEY ARE KNOWN FOR

Agra - Organizers named the town after the daughter of the president of the Chicago, Rock Island, and Pacific Railroad. PO: December 7, 1887. Agra shares its name with the city in North Central India where the Taj Mahal is located.

Glade - Here is another Kansas town named after a railroad engineer of the Missouri Pacific, originally named Marvin. PO: July 1, 1908.

Kirwin - Colonel John Kirwin came to Kansas after the Civil War to build a stockade for the protection of the overland emigrants on their way to California. Kirwin is known as the GOOSE CAPITAL.

Logan - One of the founders suggested the name of his Civil War commander, General John Alexander Logan of Illinois. PO: March 1, 1872. The Dane Hansen Museum is located in Logan.

Long Island - A group of Holland Dutch established a trading and shipping point for farmers and cattlemen in 1871. The name Long Island refers to its position between two creeks that run parallel to each other for several miles. PO: May 16, 1872. The area is famous for its fossils.

Phillipsburg - The county seat of Phillips County is called "the city of the hills" because of its location on the uplands of Deer Creek. The name was not taken from the county name but rather from William Addison Phillips, a lawyer and journalist who worked for the New York Tribune. He wrote forceful editorials and articles about the struggle over slavery in Kansas. During the Civil War he was a colonel of the Cherokee Regiment; he later served as U.S. representative from Kansas and was influential in the development of Salina.

Prairie View - Prairie has been one of the most popular names, appearing as just prairie or in combination with other words in sixty-seven place names in Kansas. PO: July 15, 1879.

Stuttgart - Named after the German Immigrants and the place where the Farmers State Bank originated.

Woodruff - The Lincoln Land Co. purchased 240 acres from a man named "Breezer" and laid out the town of Woodruff.

The Church of Transfiguration was constructed in 1890

The Center is the ideal place to get together. Whether your needs are for a small business meeting room, a larger conference room, or an auditorium, we provide the resources for you. Facilities are available for seminars, educational meetings, and large group meetings. Within the Center, you'

C&R Railroad invites you to a quaint community tucked inside a 57-foot mountain range in the McDill "Huck" Boyd Center where intrigued visitors can watch animated O-scale trains chug through the village, and arrive at Union Station. A freight yard includes a turntable and roundhouse.

Scenic Logan Lake provides a great spot for campouts, family picnics and fishing. While you relax in the picturesque tree covered picnic areas, the children can enjoy the playground equipment, compliments of the City of Logan.

Fort Bissell was built in 1872 on the land of John Bissell, while roving bands of Indians were still in the area. It was located on a bend of Bissell Creek 2?

Hunter's Pumpkin Farm is all about good old-fashioned fun for the whole family. Whether your on your way to the pumpkin patch to find that perfect jack-o-lantern, purchasing some yummy homemade breads, checking out the animals, or hanging out watching the kids run and play, we'