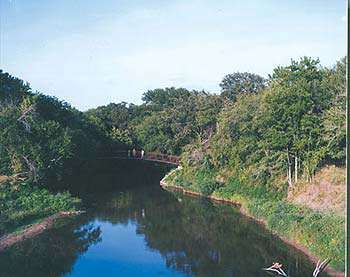 Birdwatching is a popular activity year-round at Joe Pool Lake. The most sought after bird is the Painted Bunting. Painted Buntings abound in Cedar Hill State Park from the first week of May through August each year. The park is home to other neotropical migrants including the Yellow-billed cuckoo, the Indigo Bunting, the Chuck-will's Widow and many others. Fall and winter brings: Ruby-crowned Kinglets; Yellow-rumped Warblers; Gold Finch; American Kestrel; and Cedar Waxwing. Resident birds include the Eastern Bluebird, the Greater Roadrunner, the Loggerhead Shrike, the Red-tailed Hawk, the Great Horned Owl, both the Turkey and Black Vulture, and the Bewick's Wren. The park's bird list contains almost 200 species!

Birds That have been found at Joe Pool Lake: