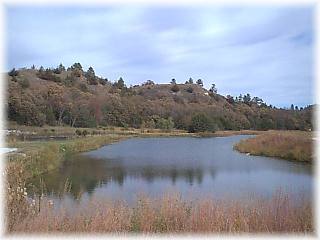 Some 197 acres of picturesque land in northcentral Nebraska have been added to the State Park System, thanks to the generosity of Neal and Pauline Keller of Brewster. Donated to the Game and Parks Foundation in 1983, the Brown County area was turned over to the Game and Parks Commission on January 23, 1984, for development as a state recreation area.

Work began almost at once, and the area was officially dedicated as Keller Park State Recreation Area on lune 7, 1986. Ideally suited to outdoor recreation, Keller SRA is located on scenic Bone Creek, just west of U.S. 183, 5 miles east and 9 miles north of Ainsworth. Typical of terrain found along the Niobrara River, Keller nestles amid rugged bluffs covered with oak, pine and cedar. White-tailed deer and wild turkey thrive among the native grasses and timbered reaches of several canyon areas.