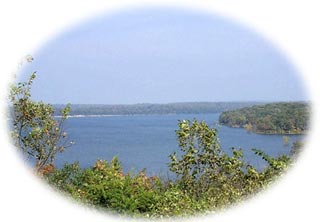 Pomme de Terre means "apple of the earth" or potato. French explorers or fur traders are possibly responsible for naming the river. Settlement began in the area about 1830. The economy that encouraged settlers to this area was agriculture, lead and zinc mining and lumber harvesting.