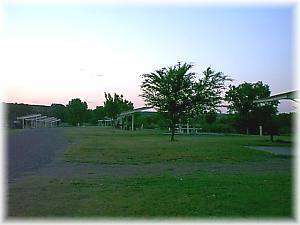 Bird watchers, rock and fossil hounds, archaeology buffs, campers and anglers find common ground at Black Mesa named for a lava-topped mesa 8 miles north of Black Mesa State Park. At 4,973 feet, Black Mesa, formed 30 million years ago, is the highest point in Oklahoma and it extends for 45 miles into New Mexico and Colorado. The highest point can only be reached by a fairly challenging, 4 mile hiking trail and is marked by a granite monument. Around the park itself, travelers find dinosaur pits, American Indian pictographs and volcanic rock formations.