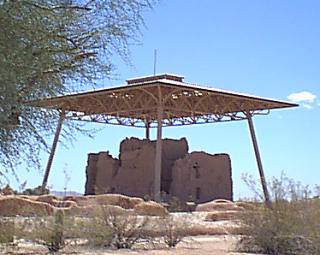 There are restrooms, drinking fountains, and picnic tables in the park. Food service, public phones, stores. and fuel are available nearby.

Fees: Yes - Children 16 and under are admitted free.

Location: Located an hour SE of Phoenix. From Interstate 10, take the Coolidge exits and follow the signs to t