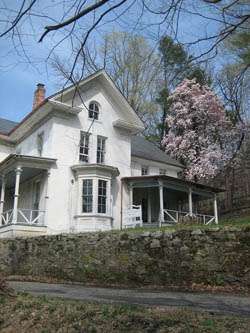 John Penn, the last royal governor of Pennsylvania, was a political prisoner of war at Solitude House during the Revolution. Five generations of the Taylor family managed the business and continued to live in the house, until 1938.

The museum houses the Taylor-Wharton Collection as well as changeable exhibits to depict the life and times of the residents and ironworkers who lived in High Bridge.