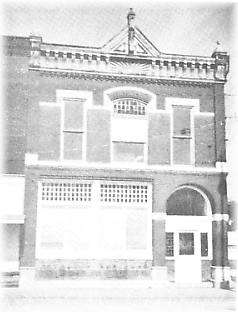 Ice was harvested from the McFarland Lake and stored in this lovely old stone barn built in 1896. It was built for James M...