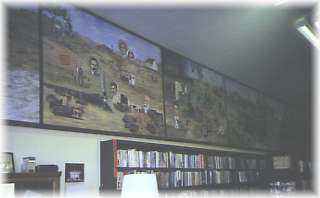 The artists have endeavored to represent as many aspects and events as possible and convey the humorous as well as the historical facts that took place during the 142 years that the murals cover.

The murals are on display along one entire wall within the Shattuck Public Library.

Things to do Arts near Shattuck, OK