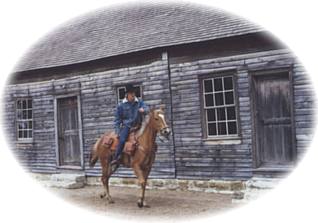 Settlers began to come into this area after the Kansas Territory was opened in 1854. Many of the "great trails" crossed Washington County (before it was so named)-The Oregon Trail, The Overland Trail, The Pony Express, The Parallel Road to the Colorado Gold Mines, the Fort Kearney-Fort Riley Military Road, and the Mormon Trail. During the 1849 California Gold Rush, most of the thousands of gold seekers traveled across Washington County on their way to California. Not until 1857 did the first settlers come in numbers to carve out farms in the rich creek and river valleys.

Pony Express riders and hundreds of pioneers made a stop at historic Hollenberg Station. In 1857 Gerat H. and Sophia Hollenberg established the station on the Oregon-California Trail, and from 1860 to 1861