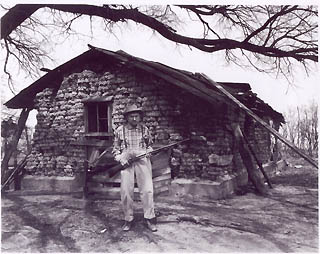 At one time there were thousands of sod houses dotting the plains region of North America, but the "soddy" in Aline, Oklahoma is the only one still standing in Oklahoma that remains in its original location. A metal building has been erected around the soddy to preserve it from the elements. The exhibits and artifacts in the museum gallery portray the daily life style of Pioneers from 1893 - 1920, with the original Sod House as the key exhibit for visitors to walk through and view.

Marshall McCully took part in the land run of September 16, 1893, when the Cherokee Outlet was opened for settlement. McCully's first claim was disputed, and he moved on to file on another claim, where he built this sod house.

Things to do near Aline, OK

Fort Supply Lake has 5,730 surface acres and 26 miles of shoreline with good crappie and catfish angling. The lake provides e...