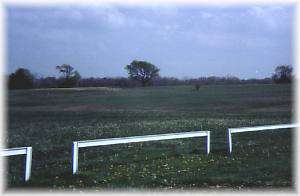 
While the club is a membership operated facility, it is available to non-members and guests as well.

Things to do Golf Courses near Baldwin City, KS