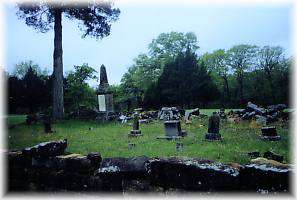 Visitors can still see the foundation of the old school house.