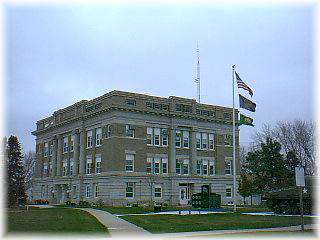 The Spielman House, listed on the National Register of Historic Places, has been owned by Delmar and Elaine Chamberlain since 1981 and exhibits both Queen Anne and NeoClassical Revival detailing in its design. Built in 1906, the house boasts 14